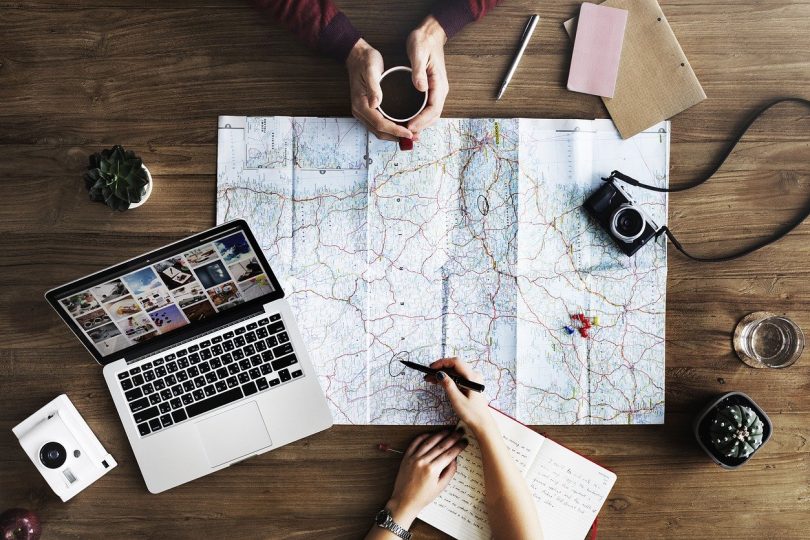 Every year from 1968 to 1998 Brian Dobson and I organised a tour, to Hadrian’s Wall, its hinterland, the Antonine Wall, Roman Scotland and then seven to the continent. Each required careful preparation, and this especially applied to the continental tours. Sites, distances, toilets, hotels and meals were all important and intermeshed. On four of the continental tours we travelled by coach from Durham; on the other two, to Hungary and to Rome, we flew. The distances covered in the coaches was such that we effectively lost a day at the beginning and at the end of the week.

The tours in Britain were relatively easy to organise. Each lasted a week and we were always based in one location. On Hadrian’s Wall, it was more a matter of deciding which sites to choose in order to create a balanced programme. The hinterland was not difficult either as there were several forts worth visiting in the neighbourhood of our base while the furthest locations in the eastern hinterland, York and Scarborough, could be reached in a day from Durham. A visit to Hardknott and Ravenglass was included in that week and this entailed hiring the Mountain Goat minibuses to transport the group across the Lake District from the coach park in Ambleside and back. This illustrated a particular issue as we were placing part of the tour in the hands of another body and the minibuses were over an hour late in picking us up; Brian was up the wall in his frustration. Stirling was a good location for the Scottish week as the forts and museums in the central belt and in eastern Scotland could be reached from there. That tour served as a full-blown recce for the Congress of Roman Frontier Studies that was to be based at Stirling University two years later in 1979.

The British tours were generally accompanied by lectures introducing the participants not only to the sites that we were to visit but the background to the theme of the week. Generally, full-day expeditions alternated with half-day visits. On the full-day tours, packed-lunches were provided by the place providing accommodation. Care was taken to ensure that we included loo stops in the tour, not easy in central Scotland. On the Congress the problem was solved by hiring London coaches each of which had a toilet.

The tours to the continent were of a different measure. Brian and I knew all the sites we visited in Britain so the preparation of the programmes was a relatively straightforward matter; the continental tours presented a challenge. Our answer was to arrange the tours after meetings of the Congress of Roman Frontier Studies. One enjoyable aspect of each Congress is the visits to the local Roman frontier installations so that we were able to use our Congress visits as recces for our own expeditions. As a result, the tours embraced the whole of the Roman frontier from the North Sea coast to the south of Hungary.

In preparing each expedition, we sketched out an itinerary in advance and then put it to the tour operator in Durham. Sometimes they were able to find hotels where we wanted them, sometimes they were many miles away. At that point we had to tweak the programme or, if that caused too many difficulties, ask the tour operator to seek a different hotel. On each continental expedition, the coach left Durham with two drivers, travelling to Dover for the Channel crossing. We usually stayed somewhere in Belgium or northern France before proceeding to the focal point for the tour.

I have always tried to organise each tour so that the sites are visited in chronological order. This is not always easy, especially when moving round Germany where we had to take into account the location of hotels which were not always in the most convenient location. As a result, sometimes we drove past a particular fort only to visit it on the return journey.

Brian and I had many colleagues on the continent who were called upon for help, in particular with the guiding. This was a great bonus for the participants as they heard the information on each site from the local specialist. The only disadvantage is that some of the local guides were so enthusiastic that our programme over-ran; this was particularly the case in Hungary where the hospitality of our local hosts was overwhelming.

There is much to be said for having a core of guides, in our case, Brian, Val and myself. We were able to relate our guiding at each site to the general theme and not overburden the on-site talks with extraneous information. Our approach is very different from that followed in Germany where a lot of historiographical background is provided on each site. Our tradition is to ignore most of that as it can be looked up in a book and concentrate on what is visible and explain those remains and put them into context. The other main advantage is that we can tailor our guiding to the time available, cutting it short when necessary. An individual guide talking about his or her site is likely to go on too long as this is their only chance to perform.

A handout was prepared for each tour, providing detailed information in the form of texts and illustrations in order to help each participant’s understanding of the sites to be visited. This is an important aspect of a tour. We all find it difficult to take in a lot of new information about new sites, so that background information provided in advance is important. On the site, it is important to concentrate on what is visible – and to keep it short and to the point.

What is important in organising tour? Careful preparation; visit all the sites in advance, pretending to be a 50 seater coach; choose your coach company carefully (cheapest isn’t necessarily best); don’t try to include too much in the timetable; prepare a handout; during the tour keep to the timetable, that is, be punctual; be careful if you are to use local guides as most speakers with only once chance to speak to a group will use more than their allocated time; there is a lot to be said for the tour leaders doing all or most of the guiding as they will keep to time and tie each site into the theme of the tour; be flexible when circumstances change; above all, keep under consideration at all times the care and well being of your group.