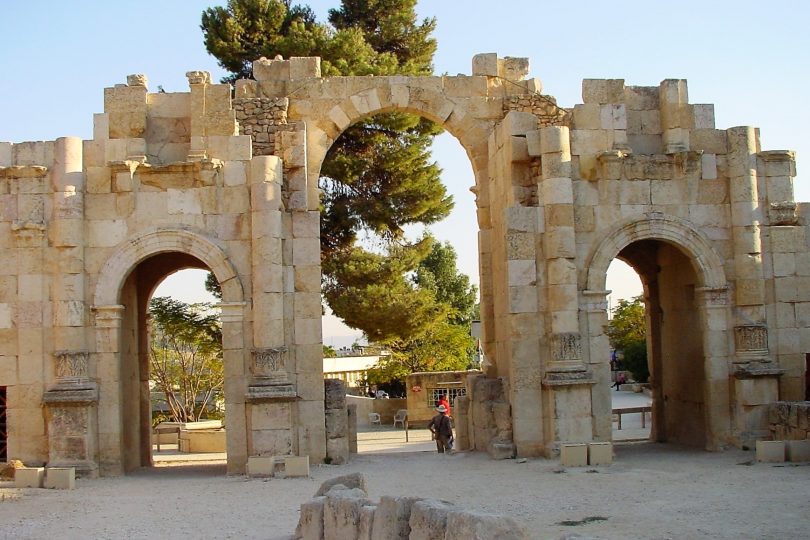 Jerash is a city in Jordan, north of the capital Amman. Inhabited since the Bronze Age, it’s known for the ruins of the walled Greco-Roman settlement of Gerasa just outside the modern city. These include the 2nd-century Hadrian’s Arch, the Corinthian columns of the Temple of Artemis and the huge Forum’s oval colonnade. The Jerash Archaeological Museum displays artifacts excavated from the site.