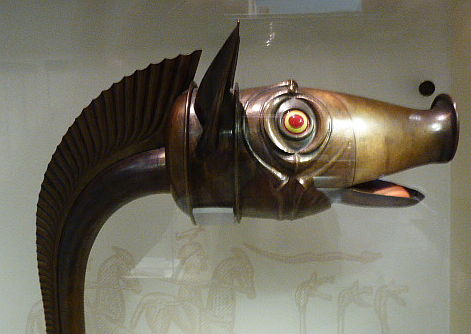 To those who have had a baptism in the fiery waters of the Romanisation debate, the title of this British Archaeological Record volume might solicit intrinsic feelings of panic and may well result in choice profanities being flung towards whichever scholar’s modelled approach that you disagree with most. Without even opening the cover I was, personally, having flashbacks to a post-graduate seminar on the subject. I remember seeing a primordial soup of the collective discussion over the past century about what the Romans did to who; the floating croutons of ‘why?’ and ‘how?’ inevitably bobbed their way to the surface before the discussion got too far. Fortunately, the best-before date on this tantalising morsel of theoretical archaeology has been pushed well back. Romanisation as a source of debate has seen somewhat of a Renaissance since the early 1990s and in my opinion, is certainly having an impact on the applied learning of today’s archaeologists. Perhaps there has not been a better time for Allan Wilson to throw some more fuel onto the fire.

The theoretical basis for Wilson’s area of study is, as I have alluded so deliciously to, bogged down with many chefs each adding their respective offerings to a packed and confusing menu. Enough of the food analogies. Mattingly, Webster, Woolf, Millet, Said, and Wallace-Hadrill are some of the main proponents of dragging the Romanisation paradigm into modern scholarship and have added much to the debate. Wilson, himself, is the de-facto expert on ‘Romanisation’ in Scotland, with a fine selection of his own work over the past twenty-five years looking explicitly at the regionality of Roman impact in an area that had only intermittent formalised Roman settlement. This BAR volume is something of a place in which much of the empirical evidence collected is drawn together, tentatively labelled in terms of how Roman or Native it is, and then discussed.

The introductory discussion continues through the titles of ‘Economic Structure’ (primarily an opportunity to discuss the various forms of material culture rather than a Primitivist/Modernist theoretical discussion regarding trade patterns and economic models), ‘Socio-Political Structure’ and then onto a ‘Narrative of Roman Occupation and Beyond’; which does exactly what it says on the tin. I can’t really argue against a well considered chronology of events explicit to the region, as it certainly is applicable here.

His geopolitical discussion of tribal boundaries and naming conventions, frequently something that is worthy of discussion within this topic in Britain – and even more relevant for the chosen area of study here – is a somewhat long debate in the early pages. Wilson executes it learnedly and expertly, considering a wide variety of options relating the locality of Trimontium and the pro- or anti-Roman natures of the Selgovae and Votadini. One comment I would make is that at several points, such a wide number of references are used in the text that at several points the majority of a paragraph is referenced works. Whilst this does draw away from the text, and made my eyes glaze over somewhat, it is more of an editorial complaint than a slight against Wilson’s dedication to academic accuracy.

The second part of the BAR volume is what is called ‘an inventory of finds from the central Scottish borders’; although a ‘gazetteer’ might be a more familiar term for how this is laid out. Sites are divided into ‘Roman’ and ‘Native’ as the title suggest, with the material of each site sub-divided under material headings. Copper Alloy, Iron, Stone and Glass are the most frequently used. The inventory, as a whole, is likely to be a valuable resource for anyone undertaking an empirical study of Romano-British material culture in Scotland in the future. Every site is referenced to its locality via an 8-figure grid reference, often in combination with an RCAHMS reference and the selection of other, smaller texts used to compile the list.  All of the individual finds also have a catalogue number given by Wilson. This section is by no means light reading, but it was never intended as such – this BAR volume is a tool to be utilised that draws together a large selection of material that may be unknown or difficult to access otherwise. Whilst the inclusion of drawings alongside material, not unlike most modern excavation reports, would have certainly added much to this section it would have easily doubled the size of the whole book. The appendix does include five plates of drawn images of select finds, though the piecemeal selection of these does not add much to the volume as a whole.

Continuing with the drawn additions, the GIS map (compiled for this edition) of named sites, roads, signal stations, hoards, isolated and Christian finds is of great benefit. I always consider that colour editions of such maps are more readily navigated but, again, this is an editorial complaint and not one that detracts much from the whole. Following on from this main map are a selection of site plans for various sites within the volume; reproduced from old OS maps and excavation reports. These are generally excellent. The reproduction of each as a whole A4 page does allow for greater visual detail but is somewhat confusing when one considers the variability of scale and scale units – several site plans are produced straight from old excavation reports with units in feet. As a product of the Metric system, I had to detract time from my appreciation of the maps to mentally re-scale them in comparison with each other. That said the additions of vertical section elevation plans for Eildon Hill North and Rubers Law are both excellent.

The section of real intrinsic value – and a point of cohesion for the whole volume – is the series of tables included immediately after the discussion and before the appendices. It is here that we see Wilson’s catalogued sites creatively grouped by various indicators of Roman or Native activity. Example headings include: ‘Sites with Romano-British Brooches’, ‘Native Pottery on Roman Sites’, ‘Roman Coins from Non-Roman Sites’ and ‘Finds from Native Sites Dated to the Late First and Second Century AD’. A total of 37 tables provides an easy-access, cross-referenced, guide to material culture in the central Scottish Borders region. The Romano-centric viewpoint that these tables give across is more of a product of additional work on Roman finds and the visibility of archaeology, rather than a homogenised bias on the part of Wilson.

The volume was produced in association with the Trimontium Trust who “look forward to this book taking its proper place as a worthy contribution to knowledge”. I certainly think that Wilson has done that justice