Other ways to keep in touch with the RAS.

We find that the Romans owed the conquest of the world to no other cause than continual military training, exact observance of discipline in their camps, and unwearied cultivation of the other arts of war. Vegetius (c. 4th century AD) 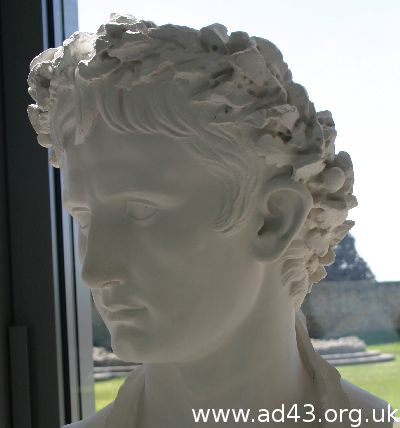 Augustus (Octavian) was the founder of the Roman Principate and considered the first Roman emperor, controlling the Roman Empire from 27 BC until his death in AD 14. He was the adopted son and heir of Julius Caesar and following Ceasar‚s assassination began a series of bloody civil wars in order to defeat his enemies and establish himself as master of the world at the age of thirty six. Augustus created a standing army, made up of 28 legions, each one consisting of roughly 6000 men. He also transformed the city of Rome according to legend saying “I found Rome a city of bricks and left it a city of marble”.