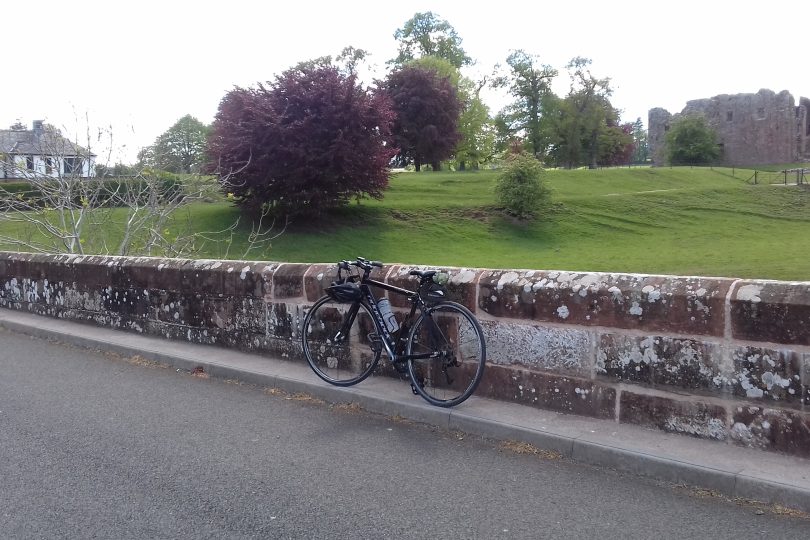 Cycling south from Penrith, the obvious route is via Brougham Castle, crossing the River Eamont by the bridge just east of the castle. The castle lies to the north of the Roman Fort of Brocavum.  The castle at Brougham, and before it the fort, protect the crossing of the Eamont.

Roads from the Lake District to the west and across Stainmore to the east meet at Brocavum. The vicus was found to the south of the fort when a rescue dig preceded a gas pipe line installation. A Roman cemetery was discovered on the widening of the A66 to the north.

Tom Clare suggests the site of the Roman bridge was on the site of the present bridge. If the bridge were made of wood, the evidence will have long gone. There is a suggestion of a ford across the river below the fort and castle. The Eamont is usually quite shallow in this area and thus would have been easily fordable. When the river is high, it covers the flood plain in the next field upstream. However, looking at the river course today, there is no evidence of a previous different course near the fort.

Thus, standing on the modern bridge (1811, repaired after the floods of 2015) the route north from the fort might have been a ford to the west of the bridge. Some of the river bank to the south looks quite steep, but a little further to the west there are shallows that would be fordable.