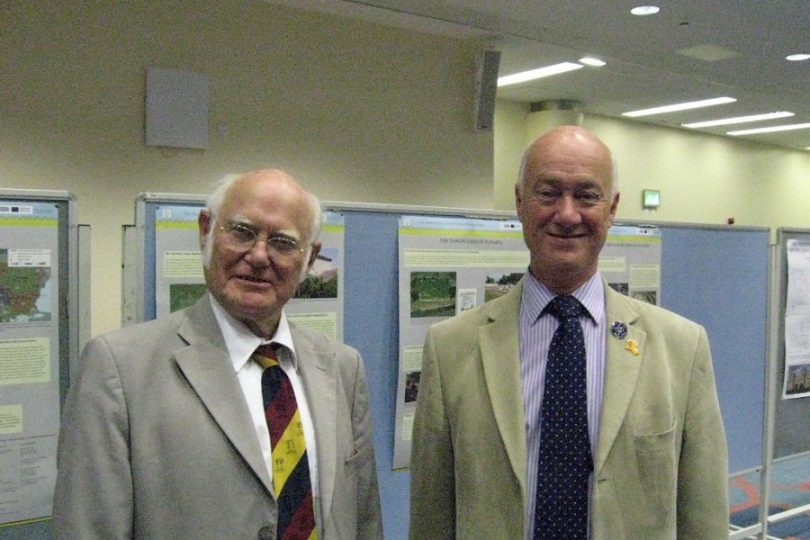 The seed that grew into the Roman Army School was sown nearly 60 years ago. In 1962, I went up to Durham to read history and by chance my first tutor was Eric Birley then Professor Archaeology. He mentioned that the university was running an archaeological field school the following summer. Thus, in July 1963 I found myself in Corbridge, and meeting Brian Dobson for the first time. He was one of the 3 supervisors on the excavation. When term resumed, I chose the Roman Britain special subject and Brian supervised my BA dissertation. After graduation I stayed in Durham for my PhD, with Brian again as my supervisor. He continued supervising at Corbridge and decided that he would try a new field school in the summer of 1968. This was to be ‘Hadrian’s Wall and Hadrian’s Army’, based at Ridley Hall near Bardon Mill. Brian said to me, if I manage to attain the numbers that I require will you join me as the other tutor? The numbers were achieved and we set out on the next step of our relationship.The interest in what we had to say (and see) that summer was so great that we held additional evening lectures. The success continued. We ran different study tours, to the hinterland forts, Scotland, and then the continent in 5 tours travelling as far as the southern border of Hungary. As a result of this interest, Brian decided to create a break-away course on the Roman army. At first this moved around the country, always including a day tour. Gradually, interest in the frontiers study tours faded, but the army school continued to attract participants. In time, this led to those attending the annual meeting of the Hadrianic Society being mainly those interested in the army. It was this switch of allegiance that led to the recent decision to close the Hadrianic Society and concentrate on studying the army. Long live the Roman Army School!