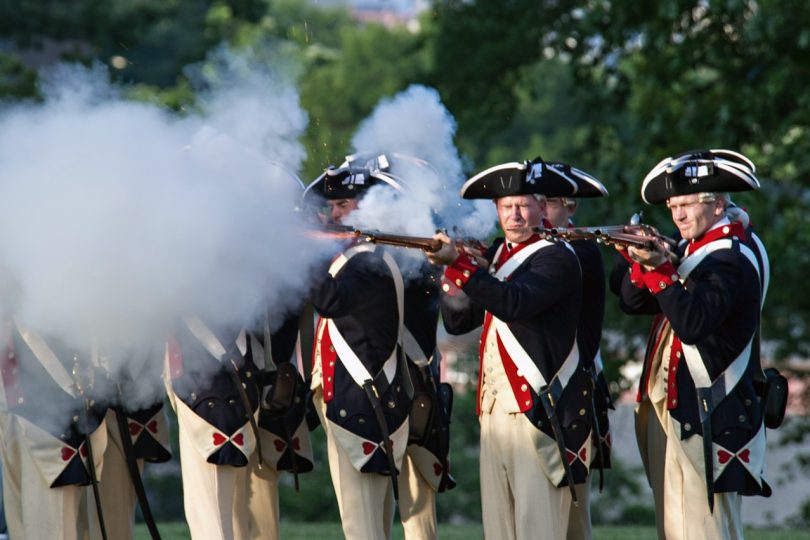 As readers may know, before the editions of Stelten and Milner in the 1990s, the last English translation of Vegetius was The Military Institutions of Vegetius by Lt. John Clarke, published in 1767.  Little is generally known of Lt. Clarke but I carried out some research a few years ago and have identified him and can give a reasonable account of his career. My findings have been published in the Journal of the Society for Army Historical Research but I can give a brief summary of them here.

John Clarke was born in Eastbourne, Sussex in 1736, the first of the eleven children of the Rev. John Clarke and his wife Elizabeth. His mother was the grand-daughter of the Rt Revd John Williams, Bishop of Chichester from 1696 to 1709. He appears to have had at least a grammar school education, which left him with a facility in Latin, French and, probably, Greek. He was commissioned as a Second Lieutenant in the Marines in 1759, during the Seven Years War, and promoted to First Lieutenant in 1761. He was reduced on to half-pay at the end of the war in 1763, being assessed at that time as being ‘a very good young man’.

His studies into Vegetius seem to have begun in 1765. On 5 April that year, he purchased the French translation of Claude-Guillaume Bourdon de Sigrais and, two days later, an edition in Latin (a combined edition comprising Vegetius and other ancient military writers edited by Petrus Scriverius and published in Wesel in 1670) and Stewechius’ commentary on the text. His own translation was published in early 1767 and was favourably reviewed, the reviewer commenting, ‘In short, the whole is a neat performance, and such as might be expected of a gentleman, a soldier, and a scholar’.

In 1769, he transferred from the Marine half-pay list into the Army and was commissioned as a Lieutenant in O’Hara’s Corps. O’Hara’s Corps (also known as the African Corps) took its name from its commandant, Lt. Col. Charles O’Hara, and constituted the garrison of the province of Senegambia. This province was created in 1765 by combining territories on the west coast of Africa captured from the French during the Seven Years War with British possessions on the Gambia. Charles O’Hara was its first governor.

Clarke was promoted Captain in 1771 and, in 1776, succeeded O’Hara as governor of Senegambia, being also appointed Captain-Commandant of the African Corps. He seems to have been a conscientious and hard-working administrator with a love of order but also well-liked in social circles. On 1 September 1778, his promotion to Lieutenant-Colonel in Africa only was gazetted but he died of yellow fever less than three weeks later on 18 September 1778.

In 1791, his mother donated his library of military books, annotated with their dates of purchase or, at least, year of acquisition, to Jesus College, Cambridge and, in 1800, his sister Frances made a significant addition to the collection: the proof copy of his translation of Vegetius. In 1802, his brother Anthony Clarke commissioned the preparation of a genealogical roll, setting out the family trees of him and his wife. This includes four panels giving biographical details of prominent members of the two families, one of which relates to John Clarke. This recites his lieutenancy in the Marines, his captaincy in the Army, his governorship of Senegambia and his translation of Vegetius.

Clarke is often confused with another John Clarke, ‘First Lieutenant of Marines’, who published in 1775 an account of the Battle of Bunker Hill. This officer had a longer and ultimately less distinguished military career. In 1775, after serving for 36 years, he was court-martialled for drunkenness and other offences and sentenced to be dismissed the service.

The reference for the full article is:
Michael King Macdona, ‘Lieutenant John Clarke: An Eighteenth-Century Translator of Vegetius’, Journal of the Society for Army Historical Research 95 (2017), 119-140.

I have also uploaded the article to Academia.edu. The reference is:
https://www.academia.edu/35432676/LIEUTENANT_JOHN_CLARKE_AN_ EIGHTEENTH-CENTURY_TRANSLATOR_OF_VEGETIUS