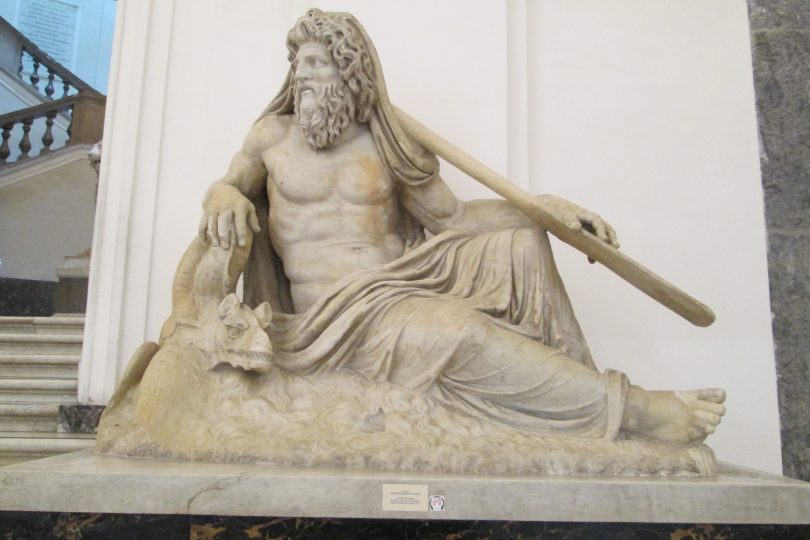 After being rained and thundered off site recently I was holed up in the office ostensibly writing reports (playing solitaire), and happened to hear on the radio that it was the 100th anniversay of Gustav Holst’s composition of the first three (and arguably most famous) orchestral movements of the The Planets Suite. This would be Mars, The Bringer of War, Venus, The Bringer of Peace and Jupiter, the bringer of Jollity.

Now as we are the Hadrianic Society, rather than the Astronomy or Orchestral Society, I wish to reassure readers that I am not about to spend time waxing lyrical about either the physical planets themselves or the intricacies of orchestral scoring and rhythm. Rather it is my intention in this brief note to scratch the surface of an idea that occurred to me and see how much it could be argued that both musical score and planetary body could be viewed as a manifestation of the characteristics of the Roman Deities to which the names are ascribed. Let us begin at the beginning with Mars.

Often noted as the counterpart to the Greek Ares, Mars holds primary function as the Roman god of War, although unlike Ares he seems to manifest less as a destructive force, but as the embodiment of military might and forerunner to peace (about which more later). It could be suggested that in this aspect Mars represents the entire military ethos of Ancient Rome. To ensure stability and peace, Rome made war and created their vast empire (not that it always worked, but the thought was there). So to name the red planet after the god of war would seem sensible. Mars the planet is a barren rock, tinted red with swirling dust, a bare and deserted battlefield after the bloodshed. So a fitting name perhaps? However Mars had other functions besides warfare. During the early years of Rome he functioned as an agricultural guardian, not so useful on the barren red planet, but perhaps this aspect may be found in the musical score? As an agricultural guardian Mars channels effort into creating the atmosphere in which crops can grow, and whilst this may suggest an aggression in the face of nature, it may also demonstrate a softer side to the savage war chief. A softer side that does appear in the slower quieter elements to the musical score. Interestingly Mars, the deity may also appear as a peace bringer, in which case his spear is usually wreathed in laurel. Mars was also quite often associated with Venus.

Venus, heralded in the musical score as The Bringer of Peace, was the Roman goddess of love and beauty. A trait which has been applied by many civilisations to the planet, varyingly known as both the evening and morning star and brightest light in the sky besides the Sun and Moon. Mythologically the goddess herself was born of sea foam, perhaps we could see this reflected in the misty gas clouds that encompass the planet’s surface. Whilst peace is a trait that appears to be associated with Mars rather than the deity Venus it is true that the pair were often depicted together in Roman art, with Venus perhaps bringing out the more peaceful nature of the warrior god. The musical is a soft, subtle peace, that will usually follow on from the strong vibrancy of Mars is one was to observe the musical suite in its entirety. As such the musical score forms a perfect riposte to the challenge of Mars. The use of harps and other string instruments adds an element of playfulness to the piece which may arguably reflect more of the goddesses attributes as the seductive goddess of love and beauty.

On to Jupiter then, named by Holst as The Bringer of Jollity, Jupiter was the ruler of the Roman gods. In terms of naming planets therefore it simply seems logical that the biggest in or solar system is named for him. Perhaps the large red spot on Jupiter, the storm the size of the earth is simply Jupiter playing with his thunderbolts? The musical score comprises a great playfulness and showmanship with an element of great regality. It is bold and authoritative, like Jupiter himself the score conveys a sense of great mastery and power alongside wisdom and a deep seated respect, however always discernible beneath the thundering authority is a wilful playfulness and tempestuousness. The planet is a large and colourful gas giant comprising several large storms, but perhaps most like Jupiter, king of the gods it is surrounded by moons named after the lovers, conquests and daughters of the Roman God.

Article from the archives of the Hadrianic Society.