For those interested in the study of Hadrians Wall 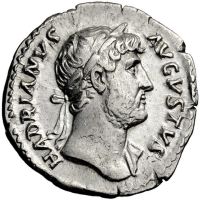 The Hadrianic Society was formed under the leadership of the late Dr. Brian Dobson, together with Professor David Breeze and Professor Valerie Maxfield . The Society was made up of those having Hadrian's Wall or the Roman army as a principal interest.

Although many society members were former extra mural or adult education students and some were professional archaeologists and historians, membership was open to all those interested in the subject irrespective of experience or academic qualifications.

The Society held an annual weekend meeting around Easter time, in part for social reasons and in part for an opportunity to gather and impart knowledge. It usually included a full day visit to a part of Hadrian's Wall or to a nearby site and two lectures. Eight foreign tours were organised visiting various parts of the Roman Limes, ranging from Katwijk on the North Sea to Aquincum (modern Budapest), and also to Rome.

Following the Easter meeting there was a four day residential Roman army school consisting of 14 or 15 lectures, usually given by nationally or internationally recognised authorities. The lectures tend to assume at least some background knowledge of the Roman army but beginners were always welcome and the school was open to non-members.

The Society produced two publications. There were Newsletters in March, June and October, largely devoted to Society matters and members' activities. Also a Bulletin which was published early in the New Year and concentrated on articles covering more specific Roman topics. The tone ranged from the light-hearted to the academic.

Although it was decided to close the Hadrianic Society in 2018, the "Roman Army School" which sprang from it continues.

Some photos from Hadrianic Society meetings Please click a photo